If you follow me on twitter you may be aware of my love for Scandinavia and anything to do with the area. Despite never being there I have been in love with the men, food, clothing, music and sweet looking reindeer.

An opportunity arose recently to get a cheap ticket from the UK to Copenhagen so in the spirit of craziness I bought the ticket and got my  arse to Denmark to see some culture and Scandinavian deliciousness. Here is my adventure…

Of course being addicted to being on my mac/apple products (yes I am one of them now) I researched and found a lovely looking hotel on the harbour called 71Nyhavn.

The hotel is predominately for business people but I look business enough and hey it was a convenient location. The hotel was lovely and had a great restaurant more about that later but the bathroom in my smallish room was weird. I forgot to take a photo but the lack of separate cubiclelising the shower was weird. Weird!!!

There are touristy things to do but you have to see them to enjoy the beauty of them. My writing on them won’t be useful but here is some useful stuff to know when being a tourist in Copenhagen:

1. Buy a Copenhagen card – 72 hours. They can be bought at the main  tourist office in Tivoli (very helpful) or in other places such as the Canal tours in Nyhavn. The card lets you go on public transportation in  the central area for free and also to the museums and other attractions.

2. Copenhagen is practically dead on Sundays (but going to change in  October 2012 due to a law being passed to allow shops to be open). Monday is also dead if you go from January to April. There are a few places open but not much.

3. Rosenborg Slot (Castle) – has the worst timings in the world ever to  see the place. The main castle is open till 2 and then crown jewels and  special exhibition are open till 4. A few of the attendants there especially one butch woman were really rude. But others were really friendly. Also get the QR barcode scanner for your iPhone so can scan info on the stuff inside otherwise you wont have a clue at what you are looking at.

4 Amalienborg Slot (castle) – beautiful palace with proper information on each room. Small but well done and the staff are really friendly. Outside don’t sit on the steps otherwise a Danish Royal Guard will come and tell you sweetly to get up (yes that happened to me).

5. Christiana – supposed to the hippie commune. I couldn’t find it even on google map and what I did find was a scary looking council estate.

6. Canal tours – its free with the Copenhagen card and you get to see a lot of stuff in an hour. You can’t hear anyone on the phone including the reservations line for Noma whilst on boat but still cool.

7. Noma (top restaurant in the world right now) – make a reservation to be on the waiting list online as soon as you know you are going to Copenhagen. Then keep your phone on high volume at all times to hear the bloody call. If you miss it you will regret it always.

8. Christansborg Palace – has a massive library with lots of books on Napoleon and none on Hans Christian Andersen. The dining room is massive as well. See..

9. Nyhavn – its  cobbled. It has a sex shop on the street. They’re a lots  of pubs and restaurants there and blankets for when you sit outside and its bloody cold as by the harbour side. Pretty area though and Hans Christian Andersen’s house (which you can’t go in) is here.

10. Dansk Design Centre – its not very big and they replay the start of  Vogue too often but its still awesome.  Do you know how much stuff the Danish, which we use, created in everyday life???

11. The Little Mermaid – as the Danish will tell you it is not the national symbol of Denmark. It is in an open harbour area so at the time of the year you will freeze to death seeing it and people go mental taking photos of it. Here is a quick shot I took of it. All say awwww.

Now onto serious matters…Shopping. Denmark is famous for clothes designers and design stuff for the home.

These are the places to go to for your fix:

LEGO Amagertorv 10, Copenhagen. – It is Danish and just brilliant to relive your childishness. I used the excuse of buying for my nephew the reason for going there.

BY MALENE BIRGER AND DAY BIRGER AT MIKKELSEN
Antonigade 10, Copenhagen (00 45 35 43 22 33; http://www.bymalenebirger.com). Malene Birger, who started the famous fashion house Day Birger et Mikkelsen in the 1990s, is the unrivalled queen of Danish high fashion. I bought from Day Birger the most awesome clothes. It was like clothes heaven in there.

ILLUMS BOLIGHUS
Amagertorv 10, Copenhagen (00 45 33 14 19 41; http://www.royalshopping.com). I mixed this up with Illum. Illums Bolighus has an amazing mutli floor haven of design stuff. It was orgasmic. I cannot emphasize how awesome this place was for buying everything and anything. They also had Designer Remix which is a fashion store and I picked up some stuff from them.

ROYAL COPENHAGEN Amagertorv 6, Copenhagen (00 45 33 13 71 81; http://www.royalcopenhagen.com). It is the Wedgewood of Denmark and very cool. Being close to Easter I got a porcelain egg. It’s almost next door to Illums Bolighus (see above).

Copenhagen has become the gastronomic capital globally in recent years due to Noma, Paul and other restaurants getting the “stars”. There are other restaurants around which may not be famous but sold food which taste sublime. I don’t know whether it was the cold or something in the food, but I loved every thing I ate there. From the cheese roll to the whole lobster I was in food heaven.  The choice picks were.

Lagkagehuset – forget the Baresso coffee chain (it was not good) and go to Lag. It has an amazing choice of Danish’s (geedit) and the coffee was good. The best thing in the world as well is to get a bread roll and ask them to put cheese in it. 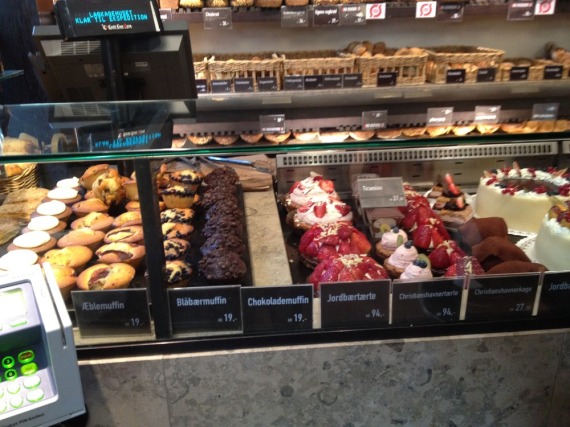 Ida Davidsen – Store Kongensgade 70, Frederiksstaden, Copenhagen (00 45 33 91 36 55; http://www.idadavidsen.dk). They have over 250 smørrebrød (open sandwich), I had the steak tartar and also the salted fish sandwich (called Princess Marie). There are men at the front. One moody queen and the other lovable queen. He made me laugh whilst helping me choose what to eat. I finished off with the Danish apple crumble. 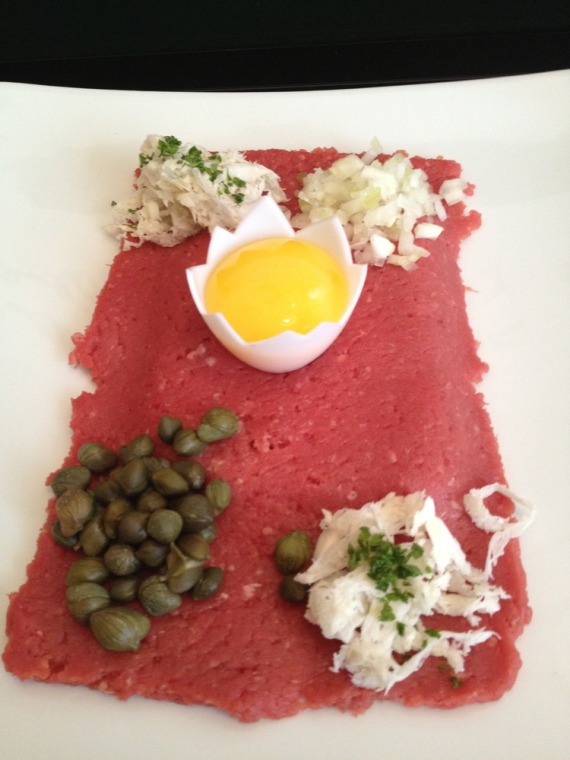 Restaurant Pakhuskælderen –  located in my hotel 71Nyhavn. They had a tasting menu for the week which you could review every time  you got in the lift so I had to try it out. The smoked duck breast with horseradish foam and beetroot was divine as well as the Chicken and  Mushroom. The service was so good and they are accommodating. Thumbs up.

Noma – I would talk about it if I had not missed the call. *sigh*

I did take the train to Malmo for a few hours but Malmo disappointed me so I wont bore you with that tale but the service at the station (even when the train was delayed) and the train journey itself was great.

All in all Copenhagen was amazing for me. It was beautiful, cultural and amazing in its design and food areas. It is an expensive town and the Kroners went too fast out of my purse so I had to start using my visa for all purchases even small ones as there were not enough forex places to change money when I needed to change.

If you have some extra cash and want to go somewhere different then I highly recommend you get on an Easyjet/Emirates flight and go to CPH.