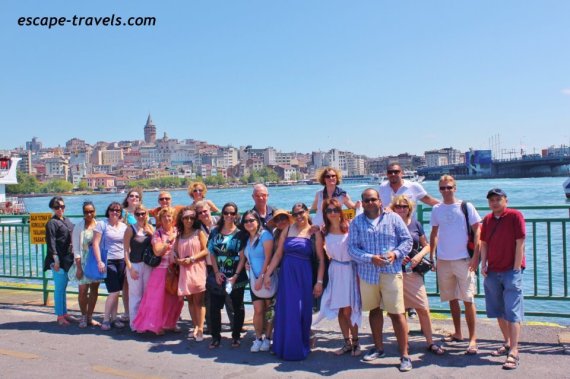 One of the non awesome things about living in the UAE is the loneliness. You leave your friends and family to start a life of working and occasionally playing. The cities especially Abu Dhabi and Dubai are transition towns. The majority come here to make lots of tax free money, play around, top up their tan and then go back or forward around the world. One minute you have a group of friends and the next poof you are sitting alone in your big apartment writing a blog.

Being solo most of the time results in me either going home to England to see my family and friends (and shopping of course) or holidaying solo as I have done on numerous occasions (Copenhagen, Australia and Japan were a few of the solo trips). It’s not awful and it makes you a stronger person but you sometimes need someone to talk to other than yourself and those voices.

Miraculously, there are other people who are like me and light has come to the tunnel of holidaying by way of a company called Escape Travels. Set up by a dude named Fajer he has organised holidays in the Middle East, Asia and Europe for like minded individuals mostly solo who want to explore places near the UAE and meet cool people. My lovely mate Mr C told me about the group after he had been to Lebanon for skiing, India and very recently Ethiopia so I thought I would give it a try.

Luckily the first trip that came up was to Istanbul, which is somewhere I have always wanted to go. As is normal with me, I went all spontaneous and booked the flights and trip within half an hour of seeing it online and bada bing I was going on a holiday with a bunch of strangers. Mr C introduced me to a few of the peeps who were going on the trip the weekend before which was good so when I saw them at the airport I wasn’t a complete shy loser.

There were 27 in the group including Fajer with people ranging in ages and backgrounds. We did do a count of the nationalities (which I cant remember) but it was a large motely mix. Unbelievably there was only one English dudess and it was me! :). Of course there were a few people you don’t want to see again let alone add on your Facebook, but the majority were lovely down to earth peeps out for exploring the city and enjoying themselves.

We stayed in Sultanahmet which is the old town and supposedly in the European bit of Istanbul (which was weird to acknowledge but ok). You couldn’t swing a cat in the hotel room and it was very basic but supposedly all hotels in the area are like that.

With the help of two lovely guides (ok the man asked if I was pregnant so not that lovely :S) we got to see the Blue Mosque (did u know the Turkish don’t call it the Blue Mosque only tourist do), Topaki Palace (which houses Moses’s cane and Prophets Muhammad’s (pbuh) footmark) and also Hagamet Sofia (formerly a church and mosque and now a museum of sorts).

Tip no 1 – If you go to the Blue Mosque and you want to pray the ablutions/wudu area is on the right hand side down the stairs and underneath them sort of. I asked five people and walked around like a crazy woman till I accidentally found the damn place. Also the area for women to pray was full of twit women lounging about and not moving out of the way so not the best experience when praying but hey at least I  did it.

Afterwards a few of us went to a rug shop to spend copious amounts of money on proper rugs. Tip no 2 – the dodgy b’s at the grand bazaar rug shops and even in Dubai will claim you are buying a silk rug when most probably you are buying cotton on cotton rug. Check the label, the feel and whether it changes colour when looking from one side of the rug to the other. There are other tips but that is all I can give you on this blog. Just be careful and spend a bit more if you can for a proper made rug.

The Grand Bazaar was bazaar. It was full of tourists and lots of Turkish shopkeeper men who could turn from charmers to vicious snakes in one second. I had one shopkeeper start ranting at me and then told me to go “F myself” when I walked away from his skanky looking magnets. It was so strange a response that all I could do was look baffled. Even the blokes neighbor shop keepers were stunned by the reaction. If you shop around the outskirts of the bazaar its quieter and you get a nicer  service.

However, if you can resist going to the Grand Bazaar I would recommend you bypass it and go the spice bazaar which was smaller, quieter and nicer. Also they had lovely spices, organic soaps and bits and pieces. Also if you are at the spice bazaar walk near by and you will get to the pet market and garden market which were totally unusually! I have been to many markets but never seen anything like these markets. (That was tip numero 3)

We also went on a boat and cruised around the Bosphorous checking out the big bridge, seeing Asian Istanbul and European Istanbul and some beautiful houses by the waterfront. The view was spectacular and being UAEians (yes that is a new word) we had a boat all to ourselves. We couldn’t mingle with the public you know.

Another great trip was going to Galatea Tower to see the sunset. The walk was painful especially up the steep hill to the tower but the view was lovely and afterwards we could see in the square drinking and sitting in circles with the other hippy Turkish people singing. It was so refreshing to just chill out in public and not be worried about our silliness resulting in arrest.

Eating and drinking was cheap. On the last night we went to a good restaurant  and spent less than 20 quid on a main meal, dessert and drink. Of course there was also the beautiful bakeries with baklava, Turkish delights and Turkish coffee to taste and savour.

See the full gallery on Posterous

Being with a group I could also go out at night and enjoy the nightlife without worrying about being alone as a woman. We went to the area, which is full of shops (which are open till very late), bars and restaurants. The group had split after eating at the restaurant on the last night but somehow a lot of us ended up back together in this open roof club dancing to euro tunes that I have not heard (I’m a bit behind in my euro pop music right now). The great thing about Turkey like in Dubai is that the music is a mixture of western, Turkish and Arabic music. 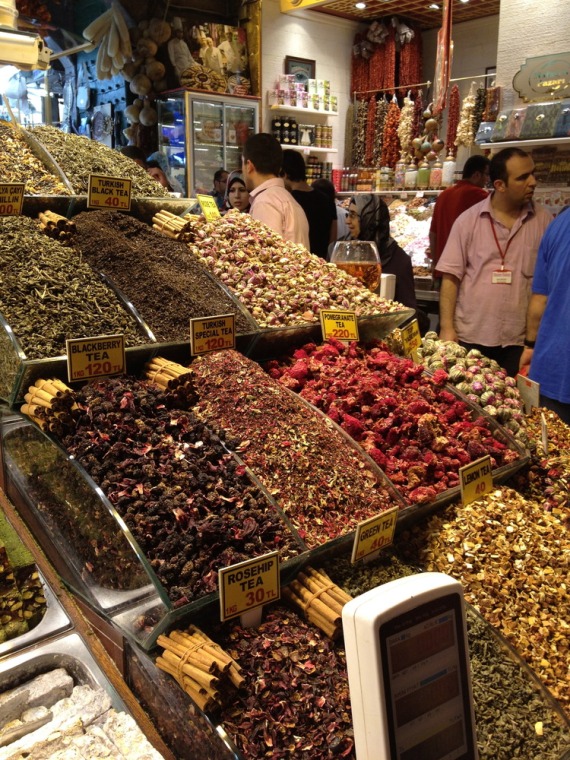 The final trip for me was to a Turkish Hammam. The hotel guy and coffee shop next door guy were trying to get us to go to their respective hammam’s. We eventually went with the hotel guy and his affiliated hammam, just so we could come back and check out later without any hassle. The hammam was old school but not up to sparkling cleanliness standards as you get in Dubai. I got to walk around butt naked (its liberating for a western like me! the other ladies were a bit more prudish!), scrubbed to the inch of my skin and massaged like I was a rag doll. Not the most comfortable experience but an experience nonetheless. If you can, try and go to one in a big hotel. If that’s not possible, just take it onboard as an experience and that it wont be as pristine as the Ladies Club in Dubai or Elizabeth Arden in London.

Of course 3 days is not enough to see this huge city but it was a good taster to build on.  Being with the cool crew was good as I made new friends to meet up with in the UAE and got to enjoy and share my holiday with other people which was refreshingly nice. I highly recommend you get your arse to Istanbul and if you can go with a group even better.

Going with Escape Travels was awesome and saved the hassle of organizing yourself and if you are a normal person you get to meet other normal people. If you are interested go to:

Or the FB page