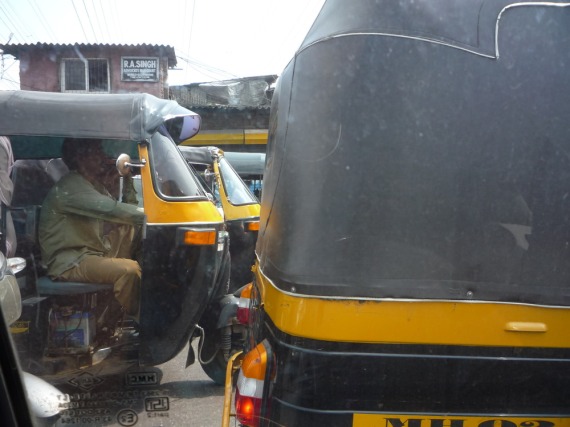 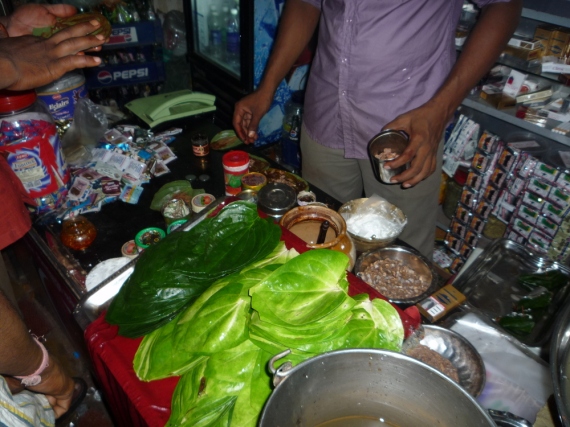 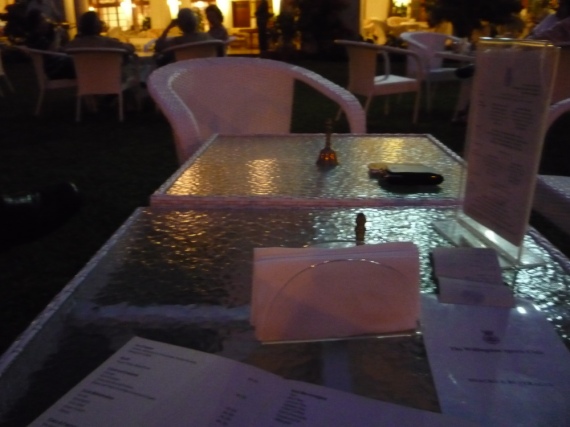 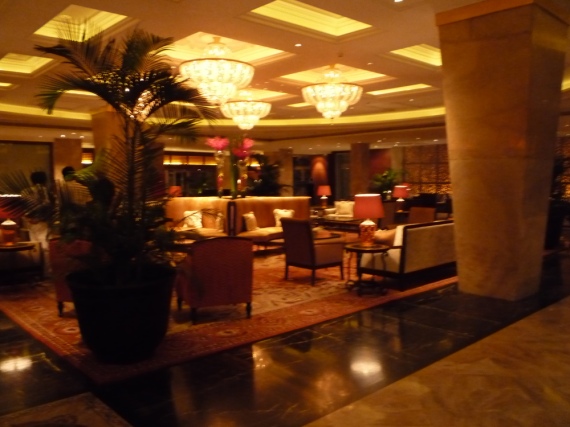 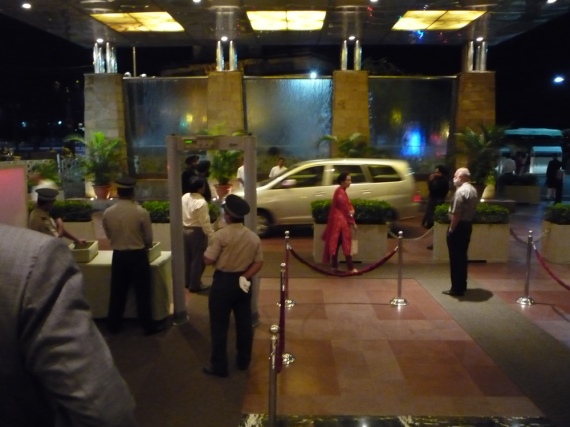 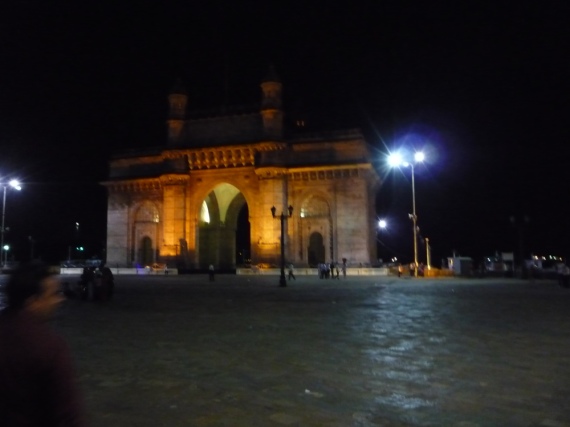 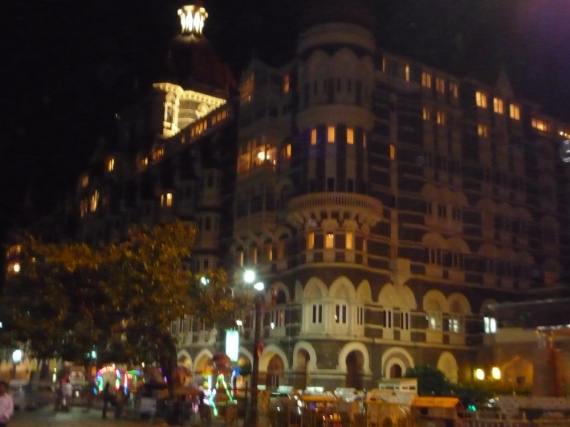 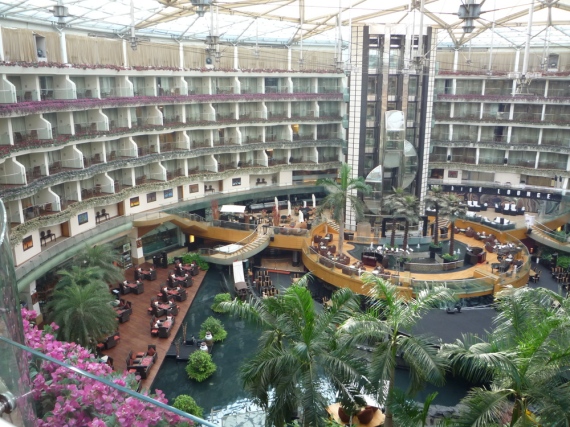 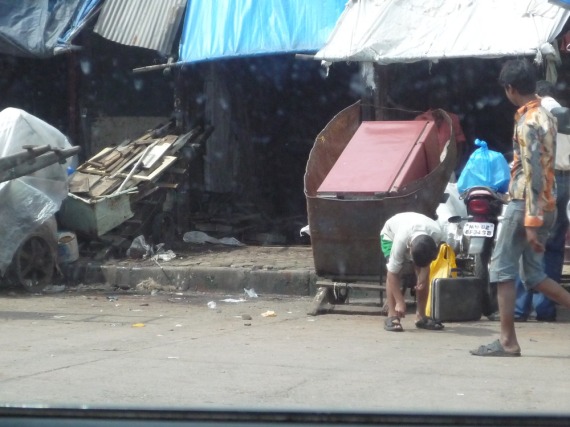 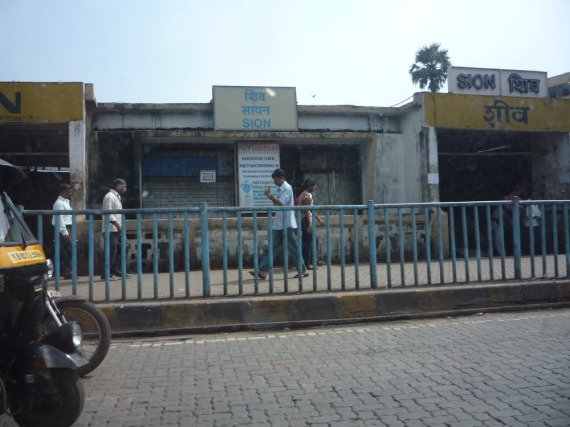 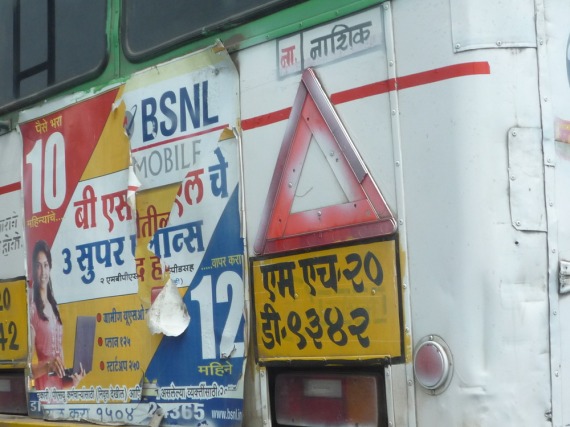 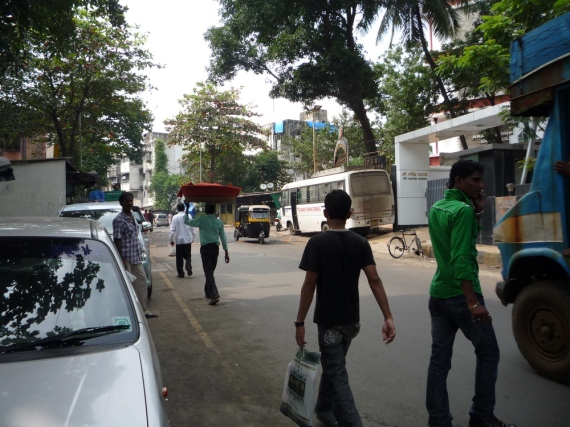 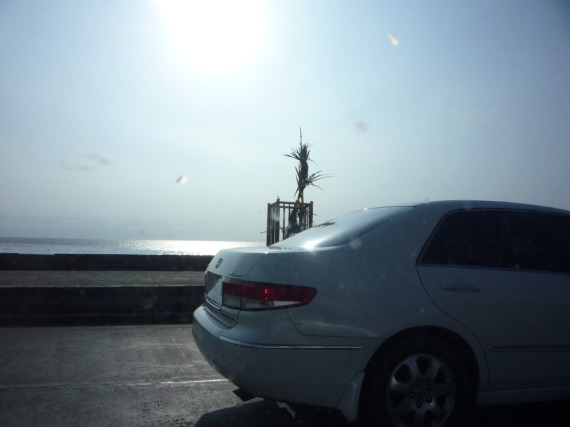 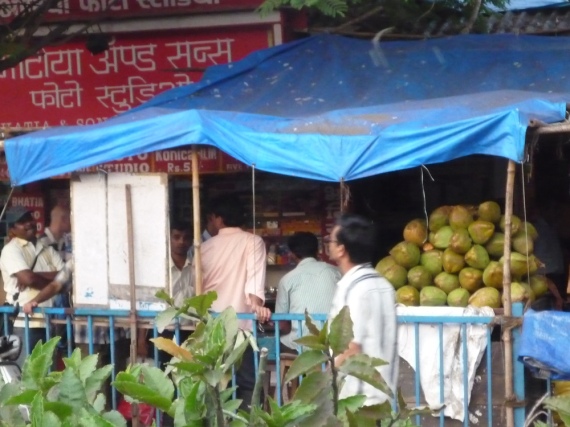 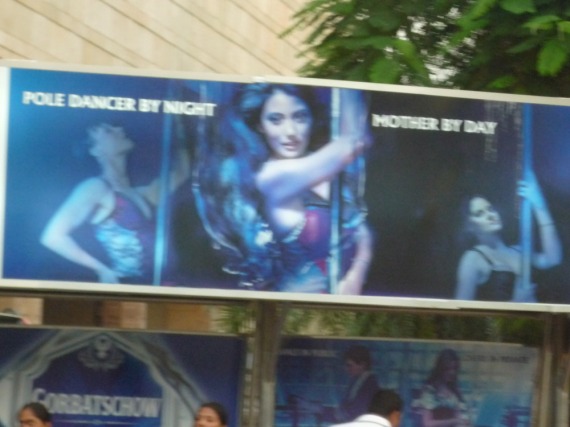 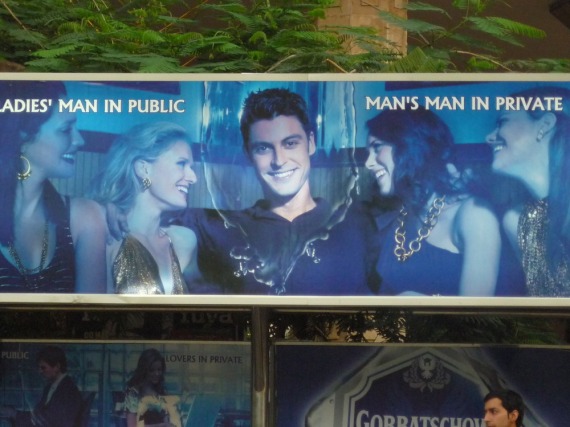 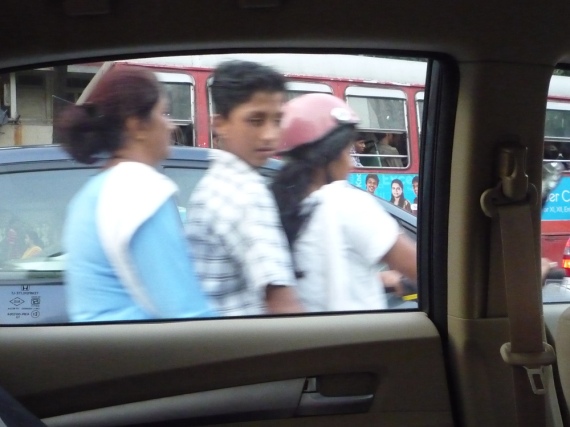 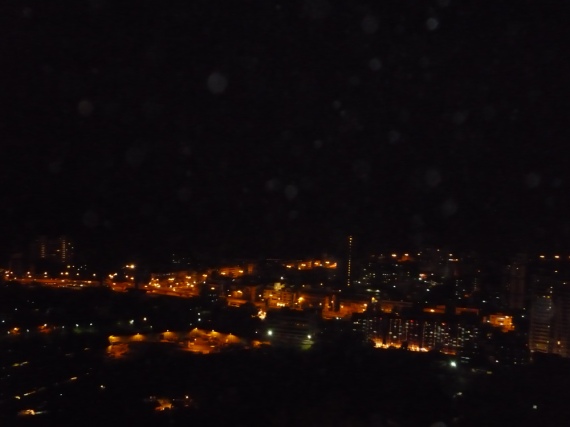 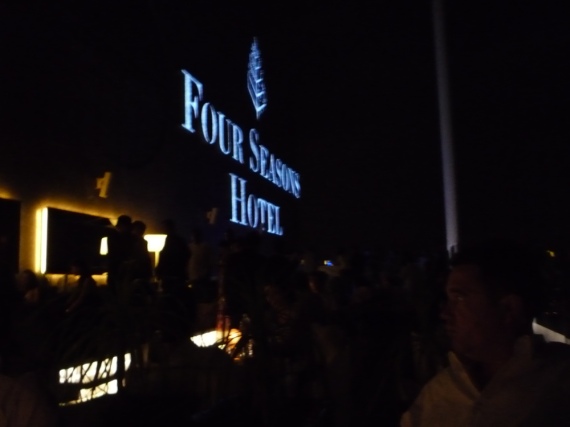 See the full gallery on Posterous

It has been a joke for other people and especially since I joined the (Indian) company that I work for, that my immediate family and I had never been to India. My mother was born in India but moved to Uganda at the age of four and my father was born in Kenya. I was born and raised in England. We have distant family in India but the majority live in East Africa or the UK.  Our annual “family” holidays involved us going to Kenya for four weeks whereas other friends from our community would go to India or Pakistan. My parents finally stepped onto Indian soil last Christmas and went around the Golden Triangle. They loved it and told me that it was time for me to go there especially since living in Dubai.

Going to India never seemed to be a problem before, but since living in Dubai, which has a huge Indian population, I have been subjected to the following conversations on a near daily basis:

“Where are you from?”

“No no you’re not from England. Where is your Daddy from?”

Trust me this conversation has come up so often that I can say it in my sleep. No joke.

Last year I got a coveted six month visa to go to India for work, but actually never used it. Then last week my passport was snatched out of my hands and thrown into the Indian Ambassador’s hands to authorise for my Indian visa to be renewed to enable me to fly out early this week. With less than 5 minutes to go until I had to leave the office to get to the airport, my passport was returned with a shiny new silver one year visa. Woop woop.

And then it began… I went back to my roots – well sort of – I flew to Mumbai.

Mumbai – where do I start?

It’s the business capital of the country and it is known to be incredibly cosmopolitan. It is the capital of Bollywood and where Queen Victoria landed to claim the titles of Empress of India. It is also where those bastard men went to kill a hell of a lot of people two years ago. My trip was not that exciting; I was going there for work.

I have thought about what I would write about Mumbai on my blog for days.  The pictures show what I saw and where I went.  I drove around a hell of a lot of Mumbai, but by the end of the trip I still had no clue on the areas and roads after two days of nearly continuous driving. Also, I am a hardcore lover of driving but this town and their driving scared the bejesus of me. My boss has not snickered that much at my swearing since …well it’s been a while.

I hung out, if you can call it that, with the big boss of my company so was lucky to see the mega rich landmarks of the city.  The posh places were as follows:

1.       Taj Hotel – One night we went to the Taj Hotel (the one were a lot of people were killed by those bastard gunmen) and ate at Wasabi. Wasabi is the only restaurant in India listed in the top 100 restaurants of the world (the one which has El Bulli now at number 2). The restaurant as you can tell by the name is Japanese. I am still in shock that there are no Indian Indian restaurants included in that top 100 list but who am I know. I just love food; I don’t claim to be a foodie. Anyway Wasabi was what you expected from a very posh, very expensive Japanese restaurant. The tuna belly sashimi melted in my mouth, the Kobe beef was blissful and the wasabi crème brulee was weirdness. The crab sushi and other kinds of sushi is what I have normally at our fave Japanese restaurant in Dubai so nothing special for my palate. I know I’m spoilt!

2.       Wellingdon Private Club – the picture of the table does not show enough of this place and it is so hard to describe it. It was like stepping back into the Empire. There were geriatrics sitting in a saloon playing cards, we sat outside and the men drank Kingfisher and rang the bell to order divine pieces of chicken tikka. The prices for food is incredibly cheap but the club has a five year waiting list to get in. This is the place to know the right people and meet the right people. It was surreal and hilarious. Even the stray cat which came to me was posh.

3.       Four Seasons Hotel – this place was a meeting point for most of the second day and night in Mumbai. It is as you would expect from a Four Seasons hotel, however their security at the door is very lax to women. They didn’t scan me with the metal scanner thing but scanned the men (about 20 of them).  Seriously do they not think that women will do dodgy arse stuff in hotels?!? We ate at a restaurant that had a menu consisting of Japanese, Thai, Chinese and Indian food. I went for the Indian.  The chicken curry was good but not out of this world but the tandoori naan was lovely. This is the kind of food I wanted to sample in India. We also had a drink at Aer club which is the hip and happening venue for young Mumbai. The view from the bar which is set in the rooftop of the hotel is spectacular. You can see 360 degrees Mumbai. But you also realise that just on the side of the hotel is one of the many slums of the city. Not great.

I could say my hotel was posh but it weren’t posh western style. It was four/five star and the service was good, but it was the weirdest looking hotel ever. The outside looked like the tennis stadium in Dubai, grey, forbidding and unfriendly.  Inside, we were on the fifth floor. Our rooms were a bloody mile in a circle away from the lifts so every day with our computer bags was a fitness workout.  There was nothing wrong with the hotel it just didn’t feel right but it was suitable for a business trip.

The opposite of going to the posh venues listed above involved us going to Thane to our factory. Driving there we saw the crazy arse traffic, people and slums. You will see one of the pictures which as a sign for “Sion”.  That is one of the train stations. Not even one of the dodgy stations in South London look that shite. We also saw Shah Rukh Khans house and Salman Khan’s apartment. What shocked us what the building facades even in the expensive areas (including Salman’s building) looked run down and almost slum like. These people will pay millions of dollars for their apartment but no one bothers to paint and upkeep the outside. It was disgusting.

We also saw the people sleeping on the streets at night. It was depressing and upsetting to see especially when we were in our nice hotel car going to the airport. The poverty is visible all the time and it is not nice. My boss (Saffa) and I (east African) both mentioned at various times that we had never seen such poverty so visible in our African countries even in the poorest areas.

The best bit and real Indian treat for me other than going to the Gateway of India (smelt of urine), was having mithu pan. Pan is a big leaf filled with coconut, some sauces, sweet syrup and sopari (wooden chewing gum – I hate it, my mum loves it). The leaf choice was either from Calcutta or the River Ganges. I went for the Calcutta one as I ain’t touching anything from the Ganges. I saw that series on the Ganges on the BBC once and all I can say is ewwww. Our lovely tour guide, aka CFO for our India business, took us to a pan stand near SRK’s house. We had slum visitors come and stand near us curious at a big Saffa and obviously not Indian bird eating pan on the street with them. I loved it, my boss hated it and whinged for a few days about how I made him have something so yuck.

The short trip to India was an eye opener and I’m glad that I have now finally visited my “motherland” but as I joked for a few days afterwards, I can understand why my grandparents left the country. My family is from Porbinder and not Mumbai so it might be vastly different from Mumbai. I hear other parts of India are stunning and I now want to go there to see them. If you want me to say go to Mumbai, I can’t do it. The airport sucks and the town ain’t that exciting, but if it’s a gateway to other parts of India, sure go ahead, but remember the driving is bloody scary.

One thought on “Marvellous Mumbai?”